The Holestar with F***ing Everything 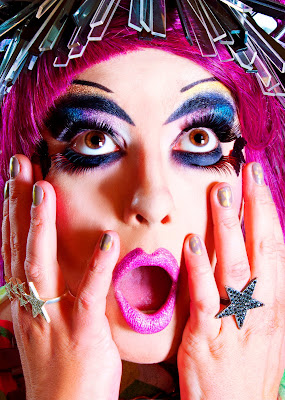 OK, so I haven't sniffed 'round these parts for a whole year. But honestly, this was too good not to post. Holestar's new EP, The Queen of F***ing Everything is a bonafide HIT. 3,000 views on YouTube and blog love around the world = HIT. Watch the video below...

And the other two tracks:
The Insider by Holestar
Another Heartbeat by Holestar
There is a shameless element to this post, of course. I wrote the EP with Holestar and Jeremy Kimberley (of the hugely entertaining Readers Wifes band). Seeing the title track take off with a life of its own has been interesting. Like sending a demented child out into the world with only a few pence for busfare and they come back laden with plasma screen TVs and a whole wardrobe from JD Sports. The surprises have been vare pleasant and the chitchat totally supportive. And there've been the bellylaughs, like this post on FizzyPop. I read this over brekkie and spewed my cornflakes over the screen guffawing.

If anything has been a disappointment, it's the lack of printed press. With music consigned to a couple of dull pages, there isn't any room for new artists these days, which is a shame. And the music mags left on the shelf wouldn't touch Holestar with a shitty stick because a) it's all too gay and b) it's all too gay. Mind you, the gay press need to account for their total lack of interest. Although, the UK newstand mags are a lot more politicised (and all the better for it), it is a bit galling when Holestar and other creative queers are kept off the pages by a hot STRAIGHT stud who has nothing to say and is as interesting as a toenail.

All that aside, you need to support those creative queers: the ones who create something out of nothing with little more than buttons and the odd BJ. Get on it like a tramp on chips and go BUY The Queen of F***ing Everything EP!

And on iTunes and Amazon internationally, check your store!

And if you want to meet Holestar in person (she doesn't bite) you'll find her at Let's Get Quizzical! at Dalston Superstore and Pop! at Vogue Fabrics. This Halloween, trot down to Horse Meat Disco for her vare special PA at their fright night extravaganza. Poppers ahoy! 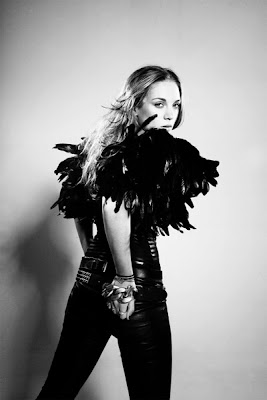 Midweek I glimpsed the rarest of things: a bona fide live showcase. In these days of fewer and fewer new artists getting a bite of the financial apple, it was quite exciting to troll down to the launch of Edei (pronounced Ee-dee). My mate was even more up for it: "It's been years since I went to one of these things." Like how long? "Er, Eternal. When there were four of 'em".

The money behind Edei is well-deserved though. The 22 year old Londoner has a raspy, distinctive voice that sounds like she's been doing it for years. Have a listen to her cover of Plan B's Prayin' here. She's also very at home on stage with an easy-going, confident performance. And the music? One track, Inside Information, was an instant classic laden with strings and pathos, totally suited for a cold November night. The upcoming single, Loved, is a perfect introduction.

The team behind Edei, from producer Misreid and co-writer Connor Reeves to the backroom bods who coped with Joss Stone will mean she'll get some attention, but as ever, radio play will be the catalyst in her album launch. Loved will sound great on the radio and with Adele's mammoth new track Rolling Deep due out on the same day, January 16th, the play lists will be looking for other organic sounding tracks to butt up against. And with Adele's Chasing Pavements studio boffins working on Edei's new album, there's more than a chance for her bother the charts.

The blog that eats itself 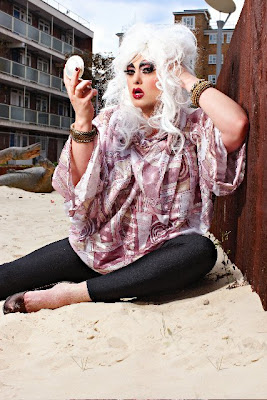 Just because I can and because I think this is a much better use of space on the revamped myspace, here's a demo of a song I've been working on with the fabulous Holestar. This is Dirty Men. Think gay men's thoughts sung by a lesbian playing a tranny. It's not hard. Or it will be by the end of the track...

Let us know your thoughts!

As Chartrigger says, some of the Pet Shop Boys videos have been lacking the usual creative flair. Maybe not this one, but definitely this one. So it's refreshing to see the new video for Together. Admittedly, the classic girl dance versus boy urban dancers isn't new, but at least it's classic PSB. 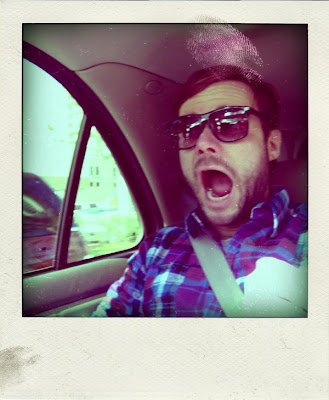 I'm in love with a German boogie star. Hamburg-based producer, Marco Niemerski aka Tensnake, does the kind of music that makes our Indian summer feel like July. His summer anthem, re-released last month should be riding high on the charts. Admittedly the time may have passed, but if you want an excuse not to dig out that bloody winter coat, just put on your speedos, sit in front of a big light, pop on the Raybans and bathe in the glorious warm funk of Coma Cat. Oh. And buy it here.

It's enough to make me quote Kenneth Williams: "What's the bloody point?" The reasons for Blogger taking down posts are becoming more draconian. I received notice that the one below was taken down. Why? I'll leave you to judge whether my own campy humour, a picture of Grum and a video for his latest single infringes anyone's copyright. If it's about offending sensibilities, then it all becomes a bit more Big Straight Brother, which is worrying... 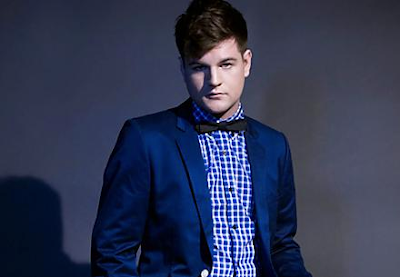 Hetero yet totally non-hetero, I love a good bromance. And this video from Grum for their new single Through the Night hits the spot. Granted, I'd rather see Ashley Judd and Ryan Reynolds a-huggin' an' a-fruggin' but these two mulleted cops are still pretty do-able. Check them out at 2:16.

Grum is a Scottish bloke called Graeme Shepherd who became the blogger's delight last year with his single Heartbeats. He'll soon pop up on a forthcoming Pet Shop Boys release with a remix of West End Girls, and no, I haven't heard it yet, but Chris Lowe has and he lurves it. So that's nice. 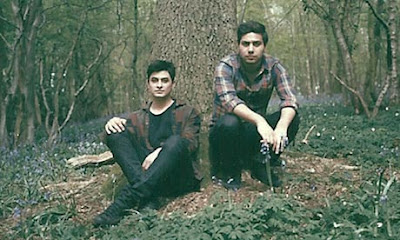 Now if you go wandering in the woods of Stoke Newington, London, namely Clissold Park, you'll more than likely bump into this pair strumming on a guitar and beating on a paint tin to a background of soft rock synths. Gypsy and the Cat - which one's which, who can say - have upped sticks from Oz and settled over here producing big anthemic pop; the kind that raises a smile through tears. Sniff.

Xavier Bacash and Lionel Towers (FAB names) have a brand new album out, Giglamesh, which is like hearing Toto's Africa for the first time. It's a fresh yet classic sound. Nice to see Art Malik popping up in the vid below for their recent (amarze) single Time to Wander filmed just down the road from me outside the Tate Modern.

Aeroplane take off my fashion ideas! 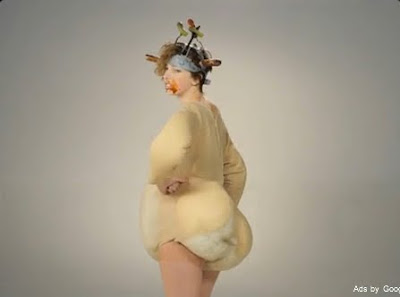 That pesky Belgian duo, Aeroplane, have ram-raided my fashion cupboard and nicked all my ideas for this season's outfits. The cheek! Anyhoo, it makes their video for the newly released single, Superstar, stand out from the pack. Go buy it here.

After DJing around the globe over the summer, they've finally landed their new album We Can't Fly and parked it on my iPod. It's got their trademark languid groove with a few 'rockier' numbers I'm less keen on. But as a debut, it's well worth the wait.

It's kinda scary but oh so thrilling...

Well, Monsieur Electrosexual has created a monster. This duet with Mz Sunday Luv is deep and massive, like a thumping heartbeat on a dancefloor heady with amyl. I Feel Love is out now as an EP with three other all-meat tracks (clicky here for the UK - oh, and here and here). 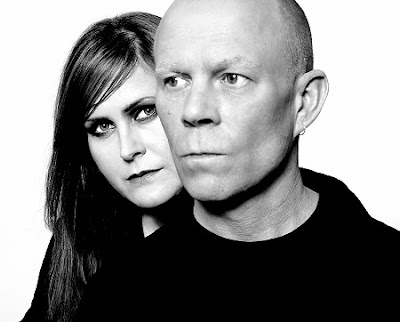 28 years after the original version was played every week as the theme tune for the BBC's cheapo saturday show Get Set For Summer, Yazoo's Get Set is OUT NOW! As a single!! Here!!! I remember the TV show being outside a lot, but with a British summer, that usually meant bands looking pissed off, slipping onstage as their peacock hairdos flattened in the drizzle.

Vince Clark and Alison Moyet had a ball reconnecting with each other and the Yazoo back catalogue on the Reconnection world tour last year. The songs were massive live and Vince, being the studio nerd he is, had all the original synth sounds which meant it was like listening to the two albums Upstairs at Erics and You and Me. But with Alison's belting 28 year older voice, they were given a new twist. Check out the live experience below.